Kemppi to have a new CEO

The CEO of Kemppi Oy, Mr. Anssi Rantasalo, will leave the company for new challenges on 1 June 2017. He will continue as the CEO until 28 February 2017, taking care of the Activity Planning for 2017, as well as the closing for the year 2016. In March-May he will finalize the ongoing Asia project, as agreed with the Board of Directors of the company.

Mr. Rantasalo has been the CEO of the company since 2002, during which time he has lead the company’s renewal with a lot of courage:

“Anssi Rantasalo has been a visionary leader, who has guided Kemppi to the road of digitalization with great steps. He has managed the business successfully and we’re very grateful for this time together”, says Mrs. Teresa Kemppi-Vasama, the Chairman of the Board of Directors.

The ongoing year is the last one in the company’s current strategic plan and a new ambitious growth plan with new challenges has been prepared under the management of Anssi Rantasalo.

“23 years in the same company, last 15 as the CEO, is a long time. It has been great to lead a successful company even in challenging times, year 2009 being one of those to remember. Now the time has come for me to take onboard completely different challenges, once we first have finalized the ongoing projects. Kemppi has a strong strategy towards the digital future and an ambitious growth plan that give the new CEO a solid platform to start from”, says Anssi Rantasalo.

The search for a new CEO has been started and if needed, the CEO’s duties are taken care of on a temporary basis as from 01.03.2017 by the Chairman, Mrs. Teresa Kemppi-Vasama.

Download the press release with related images from the Kemppi Studio material bank for Media. 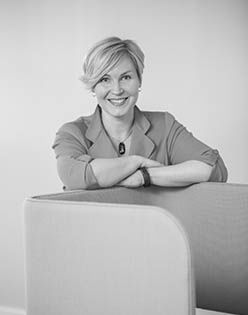