Finnish welding equipment manufacturer and software developer Kemppi celebrates its 70th anniversary this year. Kemppi’s many pioneering innovations have helped it grow from a small family business into a global welding technology leader that continues to drive the welding industry’s development in the digital era and beyond.

This year also marks the 100th birthday of the company’s late founder, Martti Kemppi, who established the business with his brothers on 23 May 1949. His hard work and courage to experiment led the company to revolutionize arc welding equipment in 1977 with the world's first welding power source to use inverter technology. Since then, Kemppi has continued to introduce industry-transforming innovations, including the world’s first digital welding power source in 1993 and the first universal welding management software in 2014.

Today, Kemppi operates globally with subsidiaries in 17 countries and a partner network covering over 60 countries. It remains a privately-owned family company that is nowadays led by Martti Kemppi's grandchildren. Each generation has had its own role. While the first one grew the company and created a strong foundation, the second one expanded Kemppi abroad. The third generation is now building the company into a truly global corporation.

Kemppi’s international growth has recently continued with the establishment of a new welding torch factory in Wuxi, China and through the acquisition of Italian welding torch manufacturer Trafimet Group S.P.A.

The 70th anniversary will be marked at customer events organized by the company and its subsidiaries around the world during the remainder of the year. 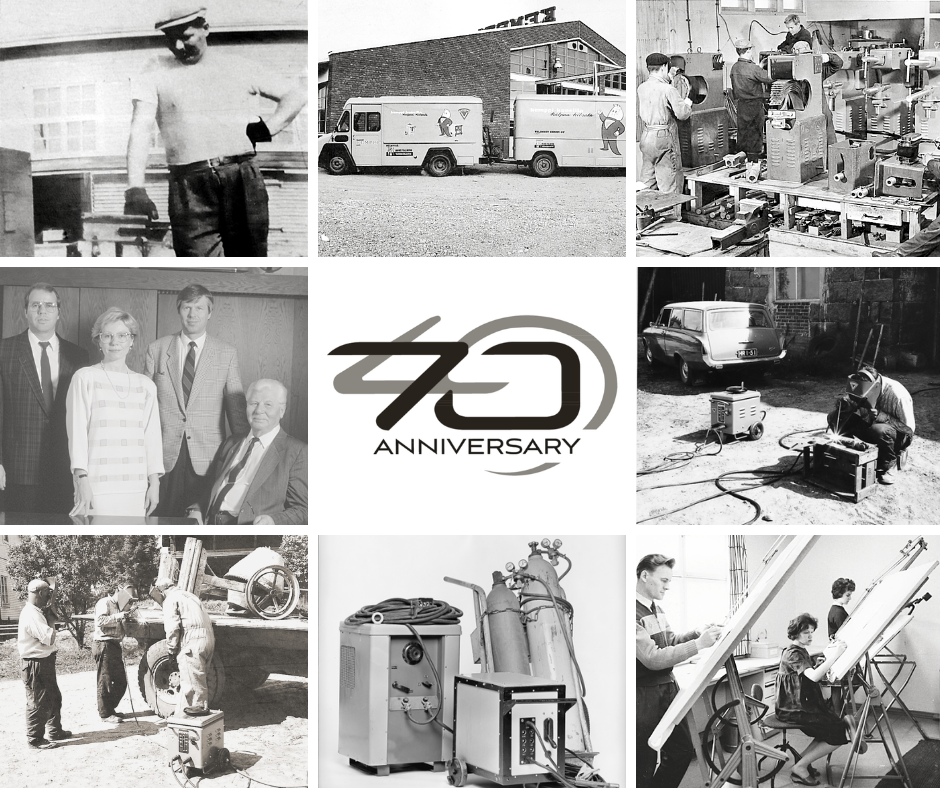